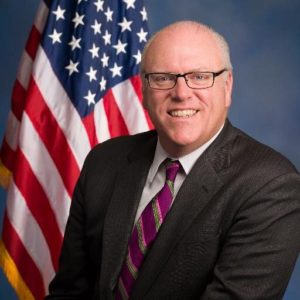 United States Representative. and House Democratic Caucus Chairman, Joseph Crowley (D-Queens/Bronx) has introduced the 9/11 Heroes Medal of Valor Act of 2017 to recognize the heroism of public safety officers who responded to the September 11, 2001 terrorist attacks and subsequently died of 9/11-related health conditions.

“The Medal of Valor is but a small token of appreciation for the bravery and strength of the men and women who sacrificed their lives answering the call in our nation’s darkest hour,” said Crowley. “We lost hundreds of public servants that day, but many more have since been taken from us, succumbing to 9/11 related illnesses. They too are heroes and deserving of this recognition. America has not forgotten them and we are eternally grateful for their service.”

Congressman Crowley was instrumental in the passage of legislation to create the Presidential Medal of Valor Award for the brave men and women who died on September 11, 2001 in the line of duty. The newly introduced legislation  would extend the honor to the public safety officers who died as a result of 9/11-related illnesses.

“The Uniformed Fire Officers Association applauds and thanks Representative Joseph Crowley’s efforts on behalf of all first responders. Congressman Joe Crowley has been with us from day one in the fight for the Zadroga Act and its reauthorization. He continues to support Fire Officers and other first responders in sponsoring this legislation which will honor those lost due to 9/11 related illnesses,” said Jake Lemonda, President of the Uniformed Fire Officers Association. “This is certainly an honor our members have earned and rightfully deserve. The words ‘Never Forget’ have true meaning. Joe Crowley has never forgotten all of those who we have lost!”

Patrolmen’s Benevolent Association President Patrick J. Lynch said, “For New York City police officers and other first responders, the September 11 terrorist attacks are still an unfinished chapter, and will likely remain so for quite some time. Every year, more of the women and men who participated in the rescue, recovery and clean-up operations fall ill as a result of their time spent working in the toxic atmosphere. Every year, more of them succumb to their illnesses. Each one is a hero who deserves to be recognized and honored. I applaud Rep. Crowley for introducing this legislation to ensure that their sacrifice on behalf of their country is properly recognized.”

International Association of Fire Fighters General President Harold A. Schaitberger said, “The terrorist attacks occurring on September 11, 2001, resulted in the greatest loss of America’s bravest fire fighters occurring on a single day.  On that day, 343 IAFF fire fighters perished when the World Trade Center collapsed.  However, the numbers of fallen fire fighters continue to climb as more rescuers succumb to the deadly health effects that arose out of their service on that fateful day sixteen years ago.  I, along with 305,000 members of the IAFF, rise in strong support of Representative Joe Crowley’s legislation which expands eligibility for the Presidential 9/11 Heroes Medal of Valor to those who perished as a direct result of their brave and dedicated service following the horrific attacks.”

“The Port Authority Police Benevolent Association fully endorses expanding the 9/11 Medal of Valor honor posthumously and thanks Congressman Crowley for reminding our nation that after effects of the 9/11 attacks continue to impact many in ways that could not have been contemplated immediately after these horrific incidences.  It is important to remember the sacrifices so that we never become complacent in our fight to protect our great country,” said Paul Nunziato, President, Port Authority Police Benevolent Association.

“We lost many of our bravest on 9/11, and we continue to lose firefighters today due to the lingering health effects encountered from the recovery efforts from the terrorist attacks on the World Trade Center,” said Uniformed Firefighters Association President Gerard Fitzgerald. “This legislation would provide a sense of peace and honor to the legacy of those who have perished and to their families who continue to suffer in their absence. We thank Congressman Joe Crowley for introducing this legislation that will honor so many firefighters who put their lives on the line for others.”

In 2010, United States Representative Crowley was instrumental in passing the James Zadroga 9/11 Health and Compensation Act, and its 2015 reauthorization, to provide first responders and workers with free healthcare and compensation. He was also the only member of Congress to lose a relative on 9/11, his cousin, FDNY Battalion Chief John Moran. The 9/11 Heroes Medal of Valor Act’s co-sponsors, Jerrold Nadler and Carolyn Maloney, were also instrumental in the passage of the Zadroga Act, and its reauthorization, as well.