Who is Cory Gardner and Why Does he Support the Never Forget the Heroes Act? 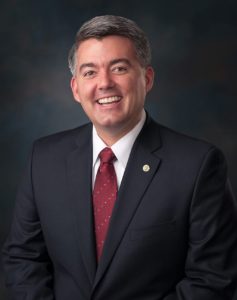 The U.S. Senate version of the Never Forget the Heroes: Permanent Authorization of the 9/11 Victim Compensation Fund Act (S. 546) was introduced on February 25, 2019. The primary co-sponsors are Senator Kirsten Gillibrand (D-NY), Senate Minority Leader Chuck Schumer (D-NY), and Senator Cory Gardner (R-CO). The support of Senators Gillibrand and Schumer is readily understandable given their home state, and historic support of 9/11 victims and responders. However, many Pitta & Baione LLP clients have been asking about the Senator from Colorado, Cory Gardner.

Senator Gardner entered public office at the young age of thirty as a Member of the Colorado House of Representatives. He was later elected as a U.S. Representative in 2010, and as a U.S. Senator in 2014.

According to Senator Gardner, he felt compelled to support the Never Forget the Heroes Act after learning about some of the roughly two hundred 9/11 victims living in his home state of Colorado. He signed on as an introducing co-sponsor in October 2018 when the Never Forget the Heroes Act was first introduced, and again on February 25, 2019 when it was reintroduced for the new Congressional session.

When introducing the Never Forget the Heroes Act on February 25, 2019, Senator Gardner commented.

I will never forget the images of the brave men and women running into danger to save lives during the 9/11 terrorist attacks. Unfortunately, thousands of first responders and survivors, including many who reside in my home state of Colorado, suffer from illnesses and diseases from toxins at Ground Zero. I’m proud to join in introducing this bipartisan legislation to close funding gaps in the Victim Compensation Fund to make sure these heroes and their families receive the care they need and deserve.

Senator Gardner also emphasized that the 9/11 attacks, and the toxic fallout that followed, impacts all Americans.